Everyone wants to play it and be a part of a tradition unlike any other, but few can. The Colony Cup is for those who earn it. This year we have decided to ONLY take 16 players from each state. In order to be part of the team you must meet one of the following criteria.

Be in the top 14 of the season long championship

Have played in atleast 4 events and are a captains pick

Have played in atleast 1 event and are a captains pick

Here is who we currently have as our top 14

Just on the outside looking in

As you can see, this is going to be a tough team to make this year. You must play your best throughout the season to earn your spot. Just so everyone is aware this event will be taking place the weekend of Oct 17-18th in what we plan on being Plymouth, MA.

No clear favorite this week.

Favorites have been cashing early on in LFG

Last weeks Champion Chris Roussin sets up to be the favorite going into week 2 with his steady play he has early in the season and being a member at Crotched gives the kid a clear home course advantage. Let’s see if he can take advantage but this weekend sets up for Chris to be the first back to back champ in LFG NH.

Cory Robinson who is just an athlete and plays to win the game with a successful first week will look to build on that momentum and take home the title. Cory strikes me as someone who will stay within himself and his game and knows what it takes to win.

John Theriault will be on his 4th round in 4 days and knows exactly how to celebrate Memorial Day Weekend the question is just how fatigued will he be after taking over 260 swings 3 days prior to the event. My guess is that fatigue will set in and Red will find his way at best in the middle of the pack. Prove me wrong.

Chris Hatem who arguably has one of the best swings on tour will be coming in and just getting 10 strokes. That is tough on this course and no knowledge of the course but if anyway can navigate their way through a course it is Chris Hatem.

Tim Meisel wants to bet on himself at 16-1 and who can blame him. Tim is a solid golfer and can easily take this down, the question is can he avoid a big number throughout the round. If he stays within himself and makes a few putts he could find himself in the winning circle.

Aaron Martin who is new to the game but fell in love with it right away like we all have will be out there trying to continue to improve. He is an athlete and the type of player I could see going from a 30 to a 20 by years end with a little dedication.

My prediction is that Rich Roussin takes this down, he has been begging for an event at Crotched for years, has finally got his wish. Rich is also getting a fair amount of strokes and on this course with his knowledge he will take full advantage of them, Let’s hope the LFG Prediction jinx continues.

In a special announcement, We have Tom Gibson Sr and and his son Tom Gibson playing with us. On Memorial day we feel it is only right to mention how thankful we are for all our servicemen that are currently and have served to help keep us safe and free. I know this hits home a little harder for those 2 as they had a hero in their family. Tim Gibson passed away while in service in 2005. Thank you so much for your service and paying the ultimate sacrifice. You truly are a real hero

Finally, the time has come. What should be our 3rd event here in NH has turned into our opener due to the Corona virus. Eric White finally gets to get out there and defend his title. Eric played well all year last year and consistently found himself up top the leader board throughout the season. Even this early in the year we have to assume Eric will be in similar fashion as he was to round off the 19 season. Eric is a type of player who wont bring a ton a flash but he will hit fairways, get it up by the green and has a good enough short game to get up and down. When he does find trouble he does not compound the problem and understands his game and will usually make the right play to put bogey back in play. We anticipate another good season this year out of him but to defend his title again in 20 will be very difficult as he does have the bullseye on his back.

It has been a pleasure to watch the improvement of Scotty Sheehan over the past 4 years. He came in out of softball, which is becoming the new norm…because one round of golf is quicker than 1 softball game and a 5 hour wait. Anyways, he came in at about a 15 cap and has slowly moved it up to an 8 and drives the ball an absolute mile, and now has learned touch around the greens and has become one of the best players on tour. Look out for Sheehan this year as I expect a good season from him.

Chris Roussin who is my right hand man and helps me run all this has had ups and downs and has gone through a few club adjustments to find what suits his game best. Again, for a little guy he hits the ball a mile and just needs to find that consistency that we all do to take his game to the next level. He has the shots and passion to do it, just needs to dial in the irons a little bit more and give himself a few more birdie looks a round. Chris can easily move to a single digit cap this season as well and I would be surprised if he doesn’t

Another underrated player on the tour has been Chuck Hobbs. When he shows, he seems to find a way to be right around the top 5. He comes in at about a 17 handicap and does hit the ball well off the tee and in general is able to get the ball in play and where he needs it to be. His short game is good enough to be able to eliminate the high numbers which is what the name of the game is. With travel restrictions this year it is very possible we will be seeing Chucks face more this year and with that happening he could find himself right in the mix for the season long championship.

We have a lot of New players this year, some I know some I don’t a few have played a random event here and there but we would love to welcome, Evan Preisel, Jeremy Papadinis, Scott George, Tom Gibson, Billy Williams, Cory Robinson, The Hurley brothers Zack and Ethan, Dave homeruns for outs Wesson, Corey Hayes, Robert “Goober” Weinrich, and John Barlow. We are excited to have you and wish you the best of luck this season.

Everyones favorite player will be back this year, Wilson Mungere who is always finagling an extra stroke from me anywhere he can get it won the final fall event of the season last year. He is another player who knows his game and plays to his strengths. We expect a big year from Wilson and I could see him having a strong finish in this opener.

The Mass Nemesis Connor Shaw who is won zero events last year but is one of the bigger sandbaggers on the tour will be teeing it up again come saturday. By the sounds of it he should be a low 80’s player out of nowhere but we are excited to see just how good his game got….or did not get.

John Theriault who flat our said F the golf course restrictions and found a way to golf every weekend with most of those being in NH should be in better form than most of us. He is another player who has been fun to watch improve over the last 5 years. I think he has yet to miss an event in those 5 years and his handicap has gone up from what started at about a 19 so what is now a 12. We expect more improvement throghout this season as well and we know he will be right around the top come the end of the season.

We are thrilled to be getting out there this weekend and are looking forward to seeing everyone in a socially distancing save environment. Obviously for the foreseeable future our normal event day procedures will be different than what we are used to, and its unfortunate as the the end of the round recap is something we look forward too. Either way, we are glad just to be back out on the course and competing. 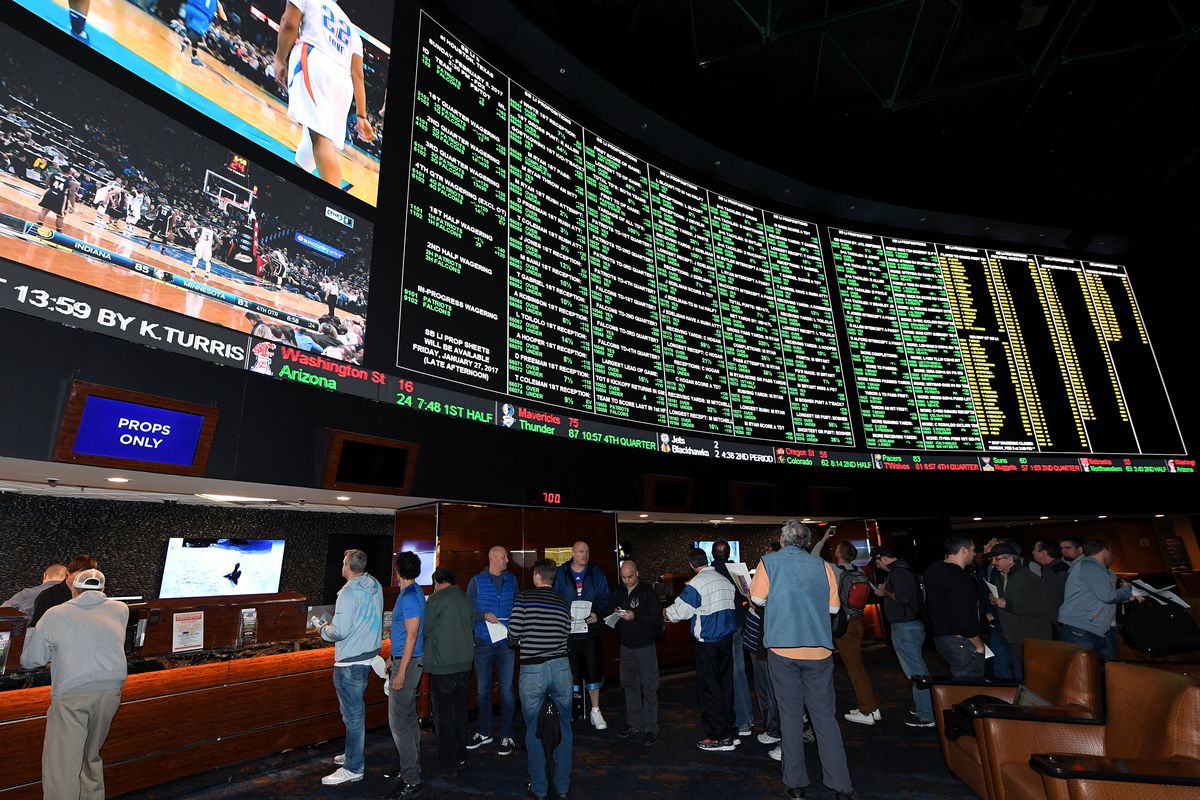 Will walking become the new norm after the virus 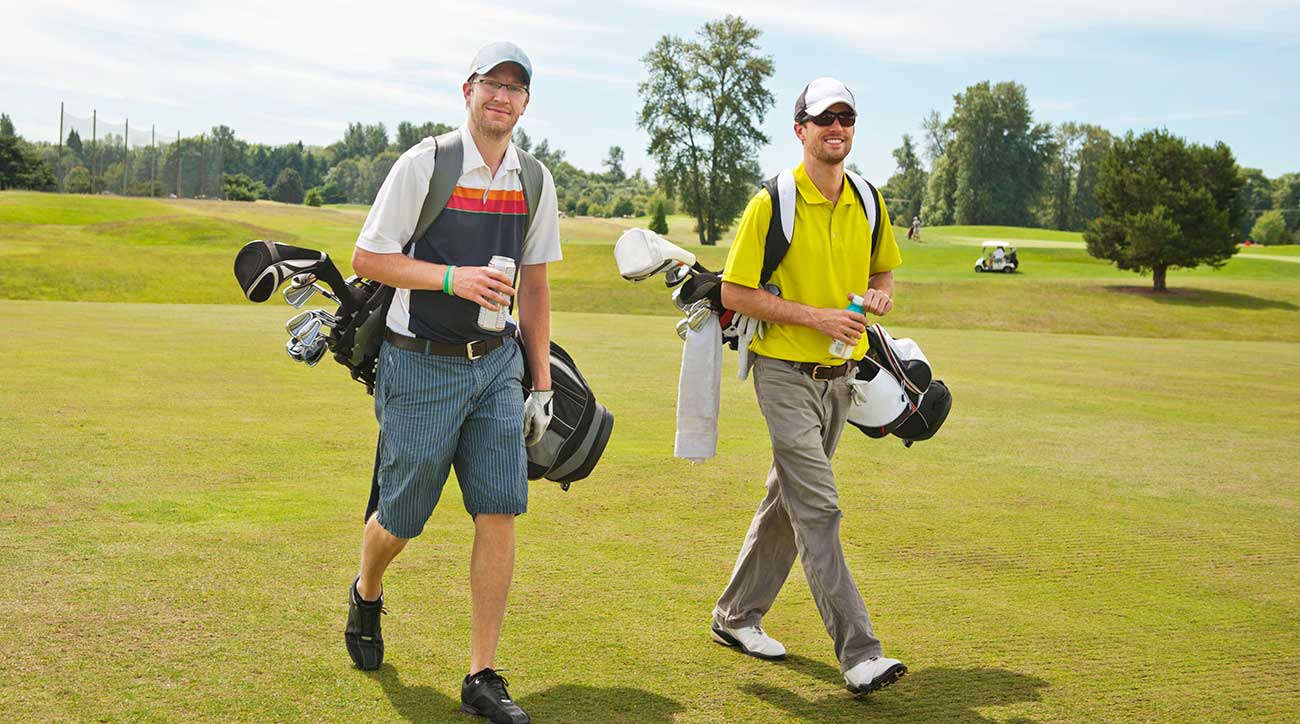 Crazy thing is happening during this virus, lazy people are walking golf courses. It is unprecedented and I never thought I would say this but will walking become more common in golfs future. Push Cart sales are up almost 800% over the last 3 months or some astronomical number I read somewhere and players are finding an enjoyment in walking. Yes, It is a workout and there are just some courses that you would never walk but there are quite a few walk able courses out there and I can see a future that players will be hesitant to share carts, although taking your own cart does sound like a nice option. I have been able to recently walk a few courses and have really enjoyed it. I find the pace to be perfect and that I am able to focus on just my game and what I need to do to shoot well. I do have a feeling that walking will become more of a mainstay for the future of golf. Maybe a good time to invest in electric push carts.

John Daly Offers up a cure for the Corona 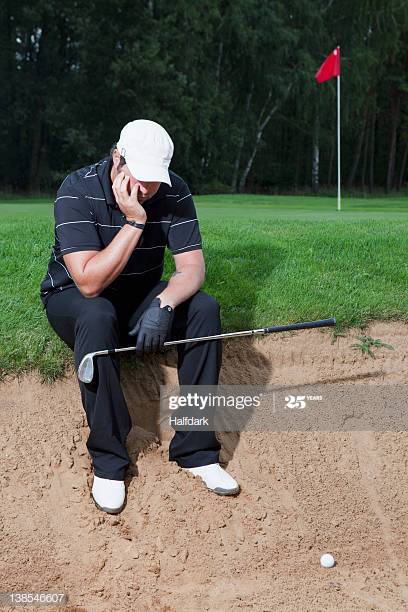 Today should have been the opener for us down at Shining Rock and I should be on my way to the course as we speak. We worked hard all winter to continue to improve on what we are doing. I was very excited to see a lot of new faces and offer the best experience we can for the Amateur golfer and today would have been an amazing turn out. The weather was perfect, the course would have been in perfect shape and the beers would be flowing.

As sick as we all are of staying in and dealing with this virus, it’s all we can do. Once we are ready to golf and we can continue to do it safely we are going to come back and have a hell of a season, Just going to have to wait a little bit longer before we get it going. 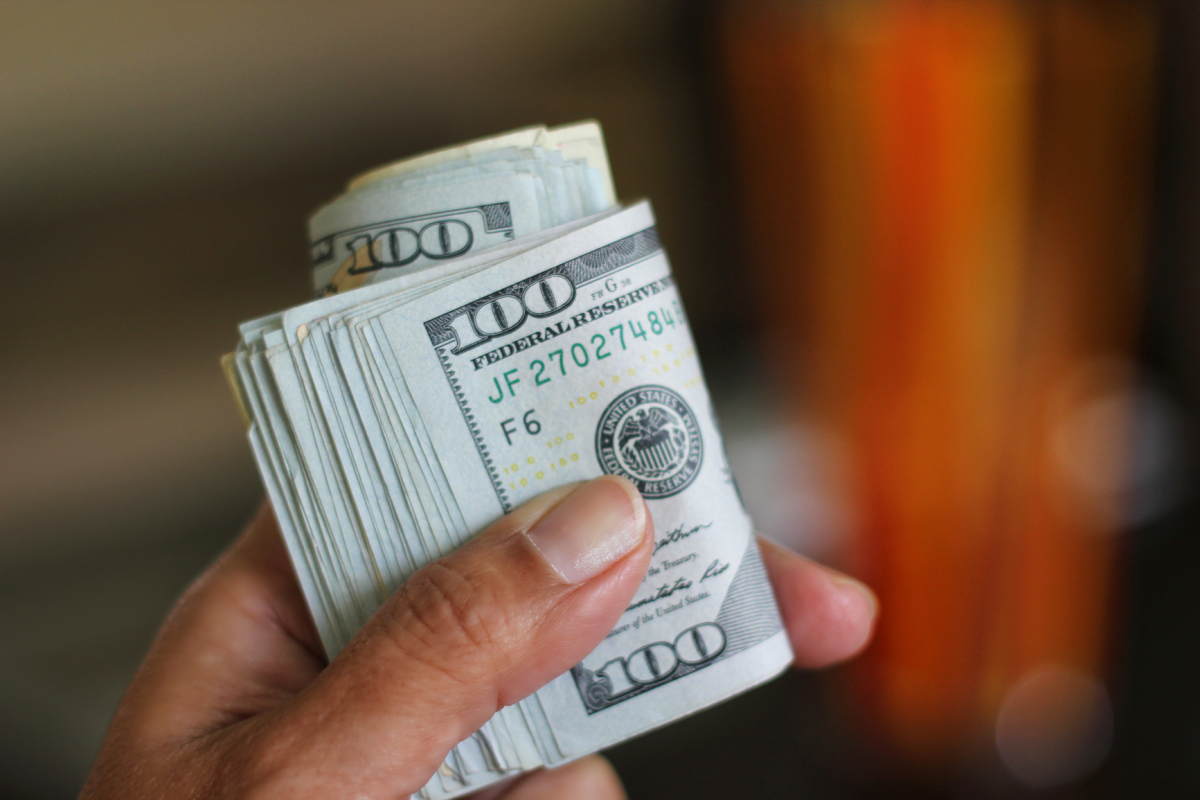