Tiger Woods is rested, healthy, happy, and BACK!

Posted on January 22, 2019 by The Commish Leave a comment 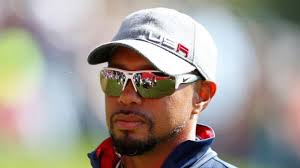 Although the golf season has started, I have always personally thought that the Farmers was the true start to the season. This year it will be for Tiger Woods as he returns to action after having not played since the tour championship back in October. Tiger obviously could not have finished the season any better as he won the Tour Championship and finished in 2nd place in the Fed-ex cup.

I think it is just normal to expect Tiger to just be back in Tiger form and be right in the mix from the gate throughout the whole season. He very well could be, but having seeing how last season played out I think Tiger would be smart to ease back into the season playing premium events and continuing to improve his game and swing.

The one issue early last year for Tiger was his driving, and his short game. As the season went on he fine tuned his short game but still had issues hitting the driver. Tiger played more strategically and obviously will be doing the same this year. He hits his 3 wood so well, and is comfortable hitting a longer approach shot into the greens and plays the course just as much as he plays his game.

Tiger knows Torrey better than any course he will play this year and will take advantage of the North Course I would think, and I expect will easily make the cut. Although I do not think Tiger is going to win this weekend I do think he will be a top 10 finisher and bring some energy Sunday afternoon for us and give us exactly what we need when there is no football to watch, unless you are a maniac who watches the pro bowl.